With so much information available it is easy to get overwhelmed or get it wrong. Red Thread breaks it down into three simple steps: WRITE. PUBLISH. IMPACT. Countless people need your mission, your message, and your book. Get the right pieces in the right order. Create ease for you in the creation process and clarity for your audience too. Weekly tools & tips to write, publish & have an impact!

You are what you READ: YEAR OF READING WOMEN 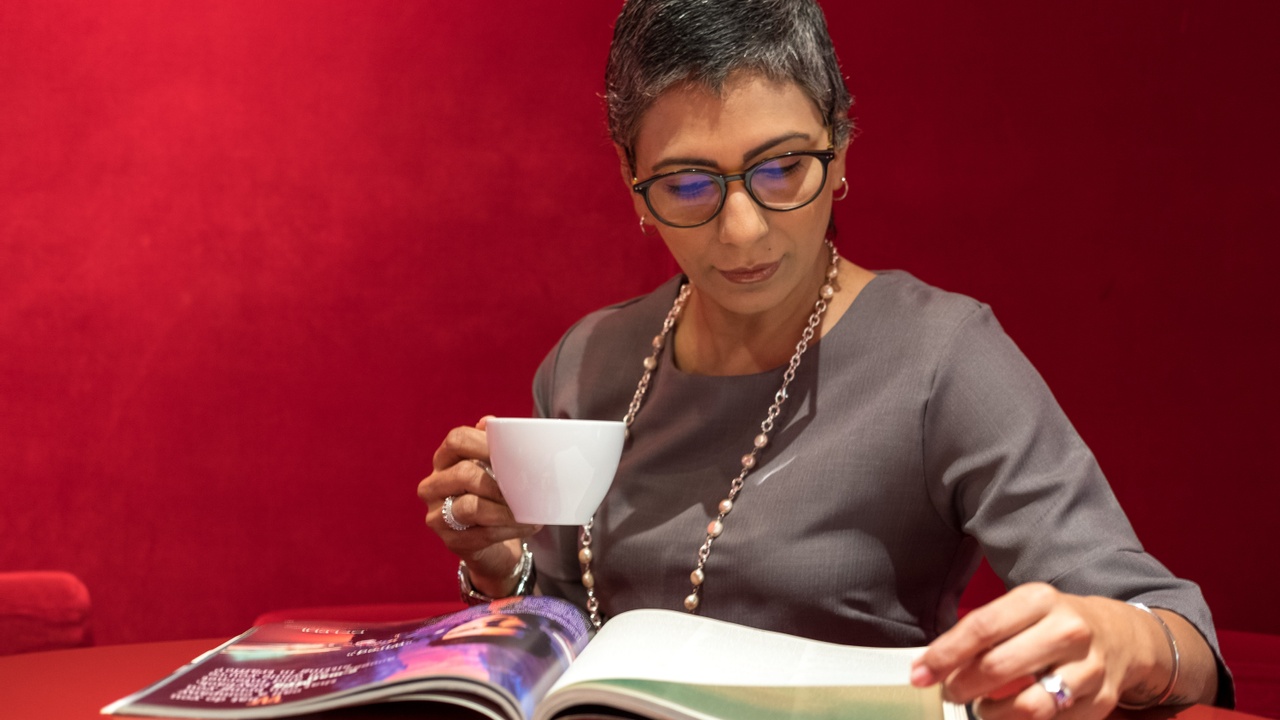 a year of reading women

As a history teacher for years, I am forced to admit to being part of the problem. Even being a creative, edgy teacher and willing to challenge the establishment, I only sprinkled women & non-cis stories, onto the whitewashed (not only white-rich-hetero-male-dominated history- but let’s face it the purely patriarchal/ white masculine version of humanity). It is called HIS-story after all. But I aspired to do better and failed.

It wasn’t until after leaving teaching for an extended sabbatical (that I am still on) that I fully realized the extent to which the story was predominant.

I decided to invest in myself and set aside a curiosity budget to support my learning, not my education necessarily, but my learning.

During my pregnancy, I felt highly sensitive in a way I have never felt before. I couldn’t watch violent horror or crime shows I loved before. I couldn’t even watch a romantic comedy, someone was always heartbroken and my empathy was off the charts. I felt heartbroken too, so I had to filter so highly what I watched, who I talked to, and what I read. A heated political debate, a bitter angry diatribe… I’m out.

Even after my pregnancy, residual empathy lingered. A deep sensitivity to the words, the energy, and intention but also what was being left out and what was the assumption of the creator.  I was reading ravenously and wanted to learn so much.

I had just had a baby and wanted to learn about parenting. I had opened a yoga studio and wanted to learn more about the practice and philosophy of yoga, as well as the contrary business angle, all the social media marketing administration et.al. stuff of running a business, not that sexy in my eyes, but necessary. I read it all. There was just so much to learn, both in my personal spiritual journey, but also in my professional path. I was reading like a hungry beast.

There was a book about kindness I was so excited to read. As always I was open and hungry for insight and wisdom. I followed the advice offered in the book faithfully. Until after a series of events with my ex, and the father of my child, where I had intended to extend an olive branch, I found myself enraged, so angry and frustrated. Was this the result of kindness? I felt responsible for putting myself back into a toxic situation, but also, in part, I blamed the book. Written by a man, The power of kindness was in all honesty advice for men, but like everything is written as if it is equally applicable for all. The word he is often used to imply all people for goodness sake, we are just supposed to insert ourselves into the narrative as if it fits us. Medicine for years only tested on men was applied to women, not always with the same results.

If the opposite were true and we change all the pronouns of the world to she, how would men feel? Could they see themselves in that? Women have been expected to for years and authors creators assume that the stories and perspectives are the same. When they are not.

As a generalization, women are socialized to be more accommodating and considerate, and attuned to the feelings of others. We are rewarded for it. Kindness is something we are steeped in, often to our own detriment. We give what we don’t have and this causes backlash either within or sometimes externally too. It is not genuine kindness if we are not allowed an alternative.

Suffice to say, this series of events, sparked something in me. I had been reading the voices of men all my life and absorbing that voice, internalizing it, and living through that lens. Squeezing my experience into the spaces where I could fit. And while gender is fluid, and we are all a mix of masculine energy and feminine energy, the voices of men have intentionally and unintentionally drowned out the voices of women and minorities.

I vowed right then and there while walking down the street listening to the words of this book, to listen to the voices of women, exclusively for a year. I went on a male-detox. (and for any of you that have an automatic trigger to this, consider that I had lived 38 years and read and consumed film and text where the stories were by men, about men, with women who focused on men etc. taught history that charts the accomplishments of men. So give a girl a break if she wanted a taste of content from her own …..)  (It was not in revolt, as much as finally discovering a deep longing for voices and stories that I could identify with. That resonated with me, where I could see myself and from whom I could gain supportive insight. **)

My first thought was, are there any books written by women? The cultural hogwash running through my own thoughts. Of course, there are, now more than ever, but I did have to make a point of seeking them out.

Starting immediately I shifted my reading list and attuned my information consumption to highlight the non-dominant voices. Strict Info Vegan for a year.

I discovered a ton of influential brilliant women from around the world. I have a strong non-fiction addiction, but occasionally dabble in fiction, and what fun. It wasn’t a dramatic shift in the beginning.

When I noticed the most dramatic change was at the end of the year when I began to reintroduce the male voices, the dominant culture back into my diet. There is something subtle about the way men write that is presumptuous, that the audience is like them. Or should be. I recently read an article that resonated. Rebecca Solnit wrote, “...a book without women is often said to be about humanity but a book with women in the foreground is a woman’s book.” It is not intentional but as a result of a single-sided dialogue for centuries featuring only male voices in both fiction and non-fiction we have created an inhospitable environment for women. Recently in the London Review of Books, Jacqueline Rose summed it up like this, “Patriarchy thrives by encouraging women to feel contempt for themselves.” We see this coming to light now in various fields. For example in medicine, the bulk of experiments were conducted with male subjects exclusively and the assumption was that if it was true for men, it must be true for women, but more and more we are seeing that various medications, as well as many other physical difference between men and women, have dramatic effects on the results. Treating men and women the same and just taking men’s voices to represent the whole of humanity has detrimental effects on every regard.

I wanted to feed my soul with the voices of women. I wanted to nourish my psyche with the voices of my mother’s previously robbed from me. There was something subtle that resonated with me. Writers’ voices speaking directly to me, about subjects I identified with. I no longer felt that I had to contort myself to fit into the narrative. Whether the topic is neuroscience, mindset, mythology, historical fiction, or nutrition… I felt that I belonged there. I had a place among those pages, and I could absorb the wisdom directly into my bloodstream not through some intermediary… or not with some toxic autoimmune reaction.

It has been a few years, and I am not as strict as I was that year, but I still am highly sensitive to the voices I read and can feel the distinction.

Recently in the forward to a book by a man I respect, and I have read every book of his I can get my hands on I read the following…

And while the author of the forward was quoting women, they didn’t have names, they only had titles, they were only their husband’s wife. WTF I am sure this was an oversight, an unintentional slight. But that is it. Men can afford to be sloppy. Imagine introducing a man just as so and so’s husband.

A man is still a man in his own right… a woman is still (although this is slowly changing) seen in relationship to men. Especially when told by men.

I almost threw the book, and honestly, that slightly shifted how I felt about the book. It is still the most memorable part of the book for me. And the book had nothing to do with this.

The year I spent reading women’s voices: watching films written, produced & directed by women, fed my soul and attuned my sensitivity to how I apply the ideas and advice I read. How I watch films and television. How I even see ads that tell me how to be. I have kept track of my reading lists and recommend my favorites. But the internet is a great place to start: the best books written by women then choose a genre or subject and have at it.

Get actionable publishing & authorpreneur advice to your inbox.

Becoming an author is a marathon, not a sprint; BUT it doesn't have to be as hard as you imagine. We guide you to the finish line with weekly bite-sized advice & strategy.

You're safe with me. I'll never spam you or sell your contact info.

Enter your details below to join the challenge.